You are here: Home / Charity Football Tournament – Saturday 30th May 2015

WMB were proud to host the inaugural Charity Football Tournament on Saturday 30th May 2015 at the Trafford Soccer dome.   The event was in aid for a local charity ‘Brandon Dreams’.  Brandon was born with the condition Cerebral Palsy. All Funds raised were aimed at getting the equipment needed to help him to try to walk and help build his muscle tissue and strengthen his bones.

The event consisted of 6 teams – Brandon’s Dreams, WMB Office, WMB Electricians, WMB Mechanical, GA Nicholas and Manchester & Cheshire Construction.  Each team played each other once in a lively set of games with the standard of play surprisingly good.  Unfortunately, at this stage the Manchester & Cheshire and WMB Electricians Teams being eliminated.

The Final was a very competitive affair with WMB Office team racing into a 3-0 by half time and eventually holding off a spirited come back by Brandon’s Dreams to be victorious 5-3.  The 3rd place play off was just as close with WMB Mechanical edging GA Nicholas by one goal 7-6.

During the games there was plenty to do for all the family with a children’s pitch complete with bouncy castles, ball pools and plenty of other toys to play with.

It was a fantastic day rounded off by the presentations and a few well deserved drinks and food in the bar afterwards.  Most importantly the money raised for Brandon was £4040 prior to the event and an additional £500 raised on the day. 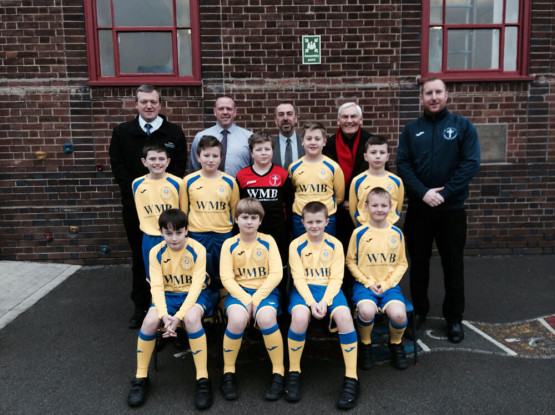